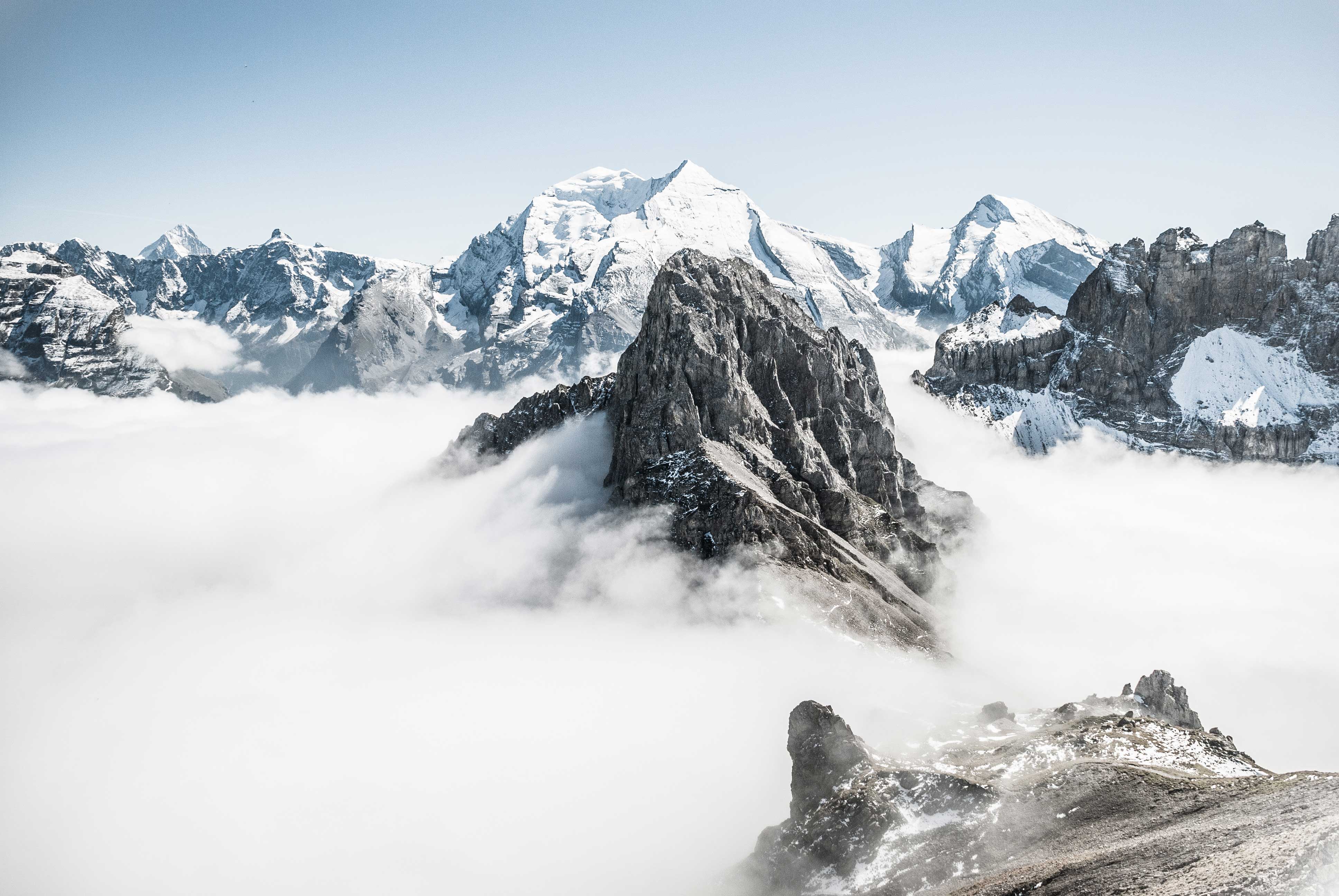 Extending across the north and south side of the Alps in west-central Europe, Switzerland encompasses a great diversity of landscapes and climates on a limited area of 41,285 square kilometres. The population is about 8 million, resulting in an average population density of around 195 people per square kilometre.

The more mountainous southern half of the country is far more sparsely populated than the northern half. In the largest Canton of Graubünden, lying entirely in the Alps, population density falls to 27 /km².

Switzerland contains three basic topographical areas: the Swiss Alps to the south, the Swiss Plateau or Central Plateau, and the Jura mountains on the west. The Alps are a high mountain range running across the central-south of the country, comprising about 60% of the country’s total area.

The majority of the Swiss population live in the Swiss Plateau. Among the high valleys of the Swiss Alps many glaciers are found, totalling an area of 1,063 square kilometres. From these originate the headwaters of several major rivers, such as the Rhine, Inn, Ticino and Rhône, which flow in the four cardinal directions into the whole of Europe.

The hydrographic network includes several of the largest bodies of freshwater in Central and Western Europe, among which are included Lake Geneva (also called le Lac Léman in French), Lake Constance (known as Bodensee in German) and Lake Maggiore.

Switzerland has more than 1500 lakes, and contains 6% of Europe’s stock of fresh water. Lakes and glaciers cover about 6% of the national territory. The largest lake is Lake Geneva, in western Switzerland shared with France. The Rhône is both the main source and outflow of Lake Geneva.

Lake Constance is the second largest Swiss lake and, like the Lake Geneva, an intermediate step by the Rhine at the border to Austria and Germany. While the Rhône flows into the Mediterranean Sea at the French Camargue region and the Rhine flows into the North Sea at Rotterdam in the Netherlands, about 1000 km apart, both springs are only about 22 km apart from each other in the Swiss Alps.